Tom Douglas is a producer & audio engineer is based out of the legendary  “The Mix Palace” in New York, a world class recording studio with forty years experience. The Mix Palace crew have produced over one hundred gold and platinum records featuring artists such as Eminem, Rihanna, Mariah Carey, Lil Kim, L.L. Cool, Run DMC and more

When I first heard about the Radar Studio I was very curious about it. At first I didn’t want the studio that I freelance out of to purchase it because it was a pc computer. I have been using apple computers now for 6 years and this system destroys every apple computer on the market, running pro tools 12 hd on this system is lightning fast.

What’s great is also you can hook up an apple keyboard and have the command keys be the same as if you were using an apple computer. Plugins have become an industry standard in mixing today and we wanted a system that wouldn’t crash and this was the solution. We do a lot of hybrid mixing where we use an analog console/outboard gear along with plugins and this system never shuts down. I remember one session we had about 60 to 80 plugins running in our Pro Tools session and it was still running fast. The converters have a lot of sonic quality and are the best for digital recording.  Don’t look any further this system has changed my life. 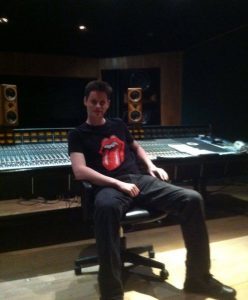 Check out some of the amazing samples they have online at www.mpsrecording.com