Why One Pro Tools Professional Is Ditching His Mac 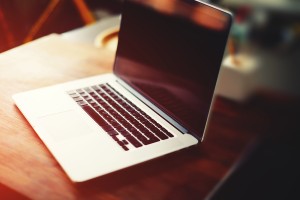 In a recent Tape Op article sound engineer John Baccigaluppi talks about taking a hammer to his computer.

“Several years ago, I wrote an End Rant [Tape Op #102] about my frustration with software upgrades, and how I wanted a stable recording platform. I received a surprising amount of positive emails from the piece and even exchanged dialogue with a few music software developers. After spending the last three months on an upgrade of my main DAW — with mixed results — I feel like I’m back inside the belly of the beast. But while inside, I had a bit of an epiphany: I want to migrate away from Apple Inc.’s OS within the next two years”

He goes on to explain why in great detail.

“When I wrote the “Hammer” editorial a few years ago, I briefly mentioned RADAR (from iZ Technology) and how I was attracted to it for its focused simplicity. Since then, RADAR’s capabilities have expanded, and you can now run most major DAWs on it, albeit in a Windows environment. I ended up buying a RADAR Studio system, and I am currently running Pro Tools on it. It is much, much faster than my Mac Pro and Mac Mini, and much more stable. Also, iZ’s tech support is world class. In a word, the system is professional.”

Of course we are stoked that John has found a professional machine he can trust in RADAR, but it does beg the question, how many more feel like their current recording machine is not giving you the peace of mind you need?

You can read the full article here on the Tape Op website.