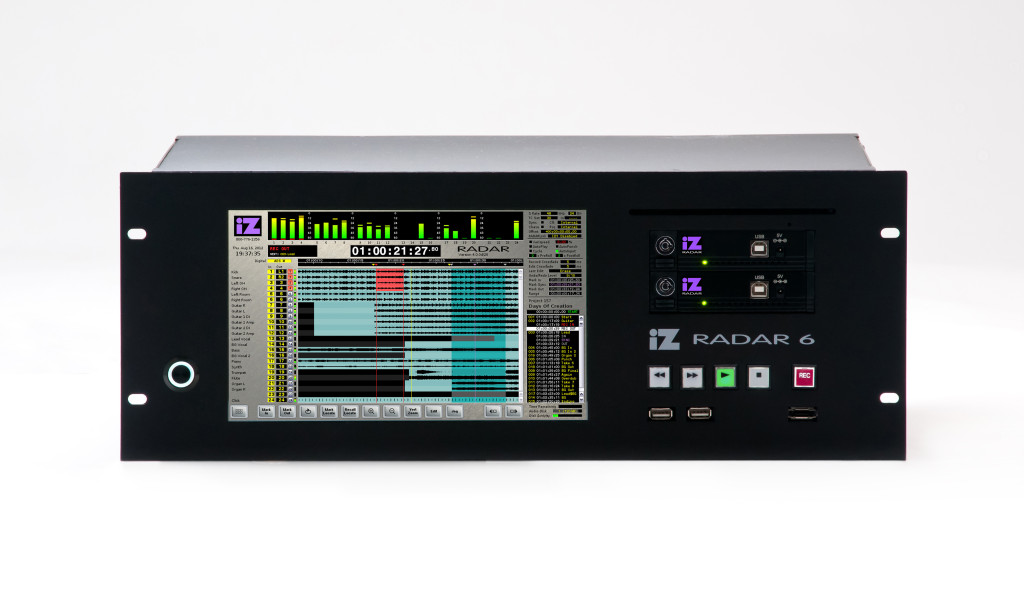 “On display at the AES Convention in the early 90’s was a recording device that was truly blazing new territory…The concept of a self contained 24-track recorder with no tape, at a price less than half a new analog two-inch recorder (and far, far less expensive than any 24-channel plus digital multitrack tape machine) was part of the attraction. That the device had both a logical design and a deliberate simplicity was also attractive…In this issue you’ll meet RADAR 6, which brings the same dedication to excellence in converter design, the same practical simplicity of concept and operation, and a thoroughly modern attention to feature set, at a price less than half the cost of the original RADAR, even before accounting for inflation. Kudos to..iZ Technology for keeping the platform current and their focus on serving audio professionals.” Full review

“iZ Technology RADAR 6 Multitrack Recorder: Legendary, reliable, and world-class – RADAR is a format unto itself. RADAR 6 is a further refinement to our industry’s premium, high-resolution, stand-alone digital audio recorder. It’s right there on the iZ website: ‘The Finest Recording System in the World’…Now that I’ve used the new RADAR 6 (Random Access Digital Recorder) and tested its abilities, I cannot refute iZ Technology’s claim, as bold as it is, simply because it’s quite possibly correct – with certain qualifications.” Full review

“As someone who spent years working on RADARs (both the Otari RADAR I and II versions and later the iZ RADAR 24), I can tell you why RADAR was the system of choice for many working engineers, including myself. There are three primary reasons…” Full review